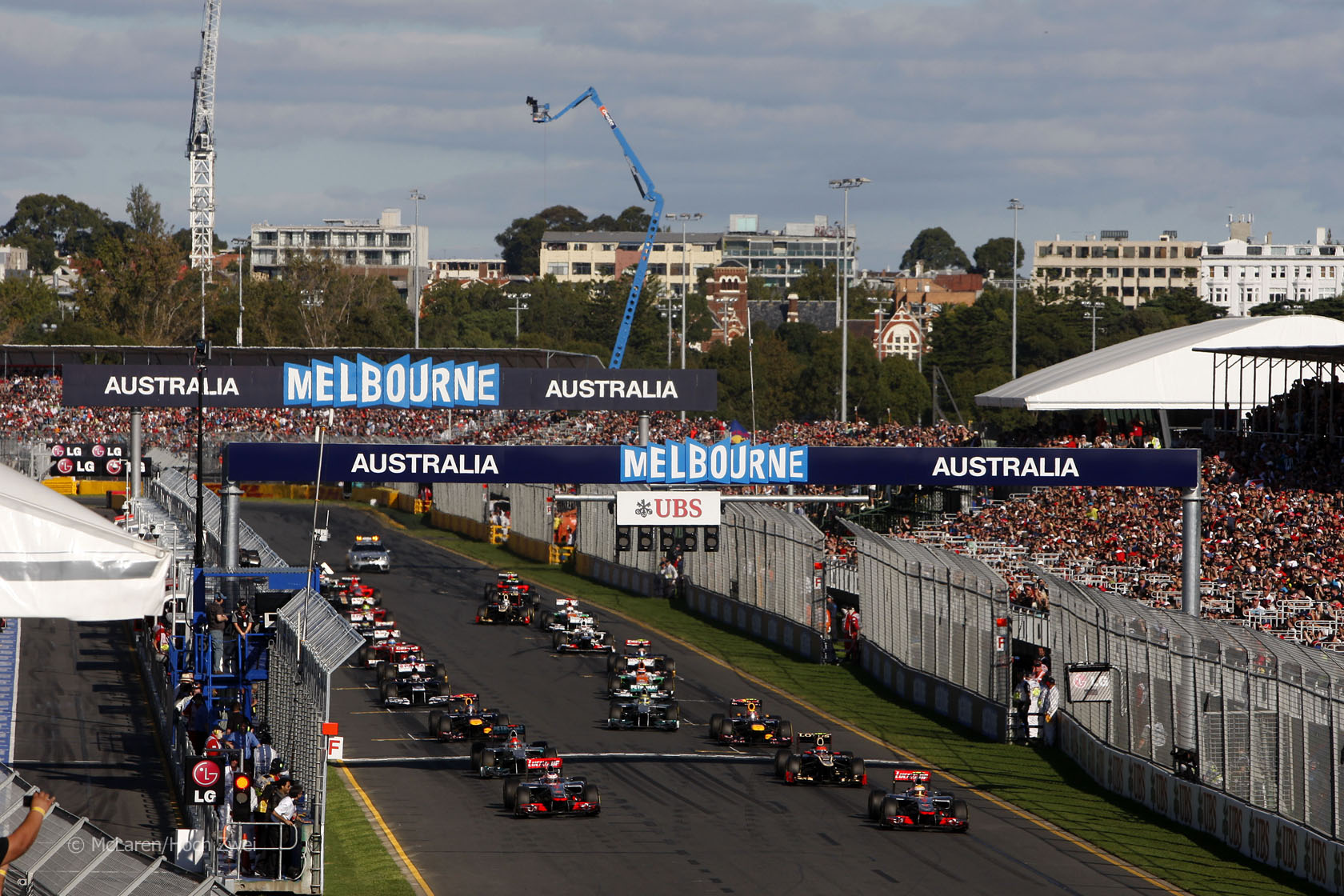 Get a flavour of the Australian Grand Prix with this selection of footage from the race weekend.

Here are some of the best videos shot by F1 fans at the Australian Grand Prix.

Jean-Eric Vergne, in his first F1 race weekend, gets out of shape in the fast chicane during Friday’s rain-hit practice. His is the second car in this shot.

One of the quickest corners on the Albert Park circuit, turn five showcases the commitment of the drivers and the capability of their cars.

Q2 didn’t go well for Fernando Alonso – he spun into the gravel and missed a shot at the top ten.

Tour of the track

This fan takes us in and around the track during practice and qualifying.

Bruno Senna is tipped into the air in a tangle at the first corner.

Vitaly Petrov retired from his first race for Caterham. The safety car made an appearance as a truck was sent to salvage his car which stopped at the start/finish area due to problems with his steering wheel.

The safety car heads into the pits and the race resumes.

The circuit begins its transformation back into a park as the race finishes.

Check out this footage of Michael Schumacher keeping photographers away from his Mercedes.

Plus more footage of the start by F1 Fanatic reader Damon Smedley, who wrote about his experiences at the track: