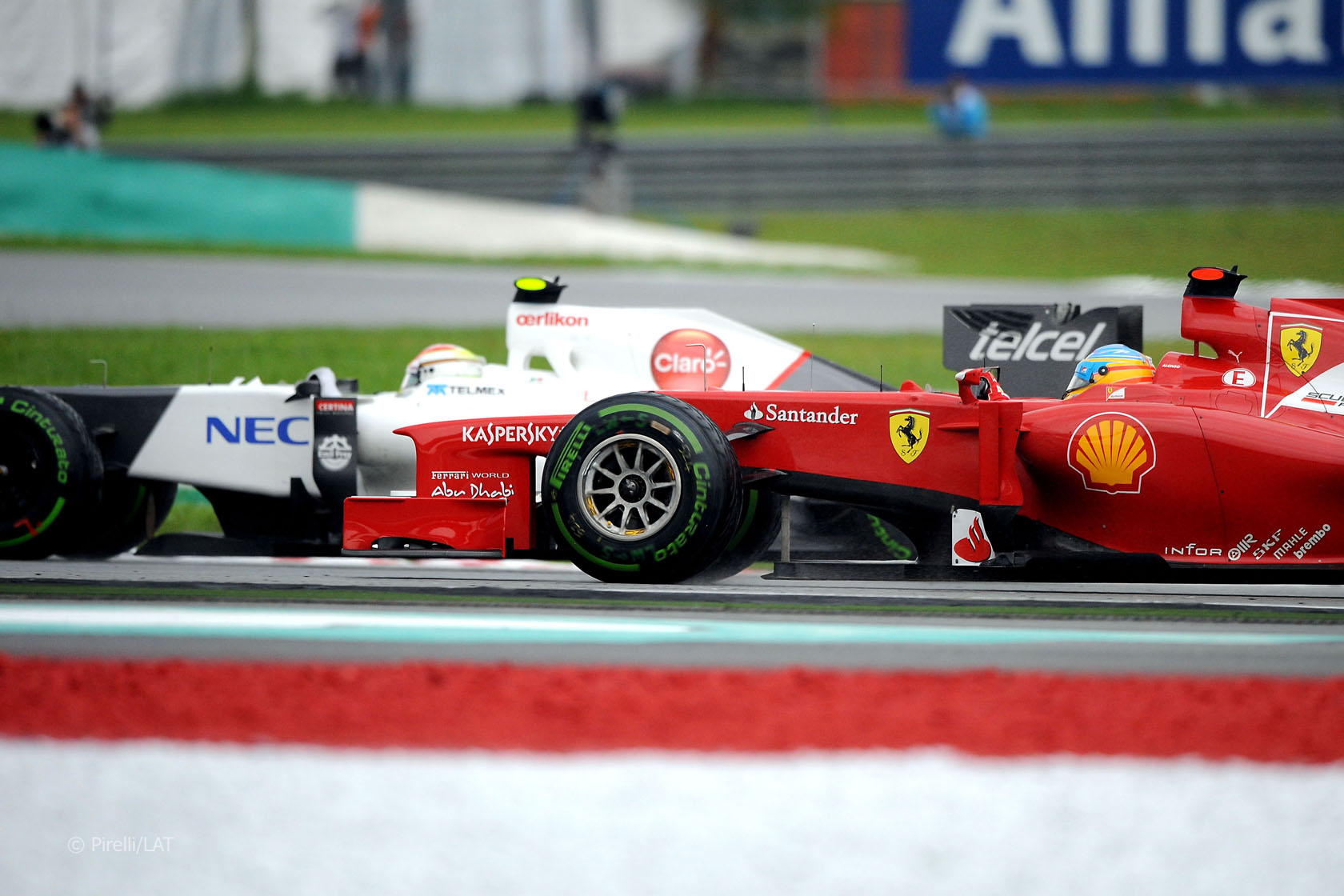 Sergio Perez’s lap 50 mistake may have cost him a shot at victory but his late pit stop was even more costly.

There were two big climbers in the race.

One of them we know all about: Sergio Perez finished second having been 23rd on lap two following his early pit stop.

Another was Bruno Senna, who sank to dead last at the start after losing his front wing on lap one. He recovered to finish sixth, passing the likes of Felipe Massa on the way.

The race gaps chart shows how much time Sergio Perez lost by delaying his switch to slick tyres by one lap. Having been 1.3 seconds behind Alonso he came out of the pits 7.1 seconds behind.

We can also see how Sebastian Vettel’s collision with Narain Karthikeyan on lap potentially robbed us of a three-way fight for third between him, Hamilton and Webber.

Vettel was closing on Hamilton at the time, and as team mate Webber took 5.4s out of the McLaren in the final stint, here was another battle which failed to materialise in the dying stages.