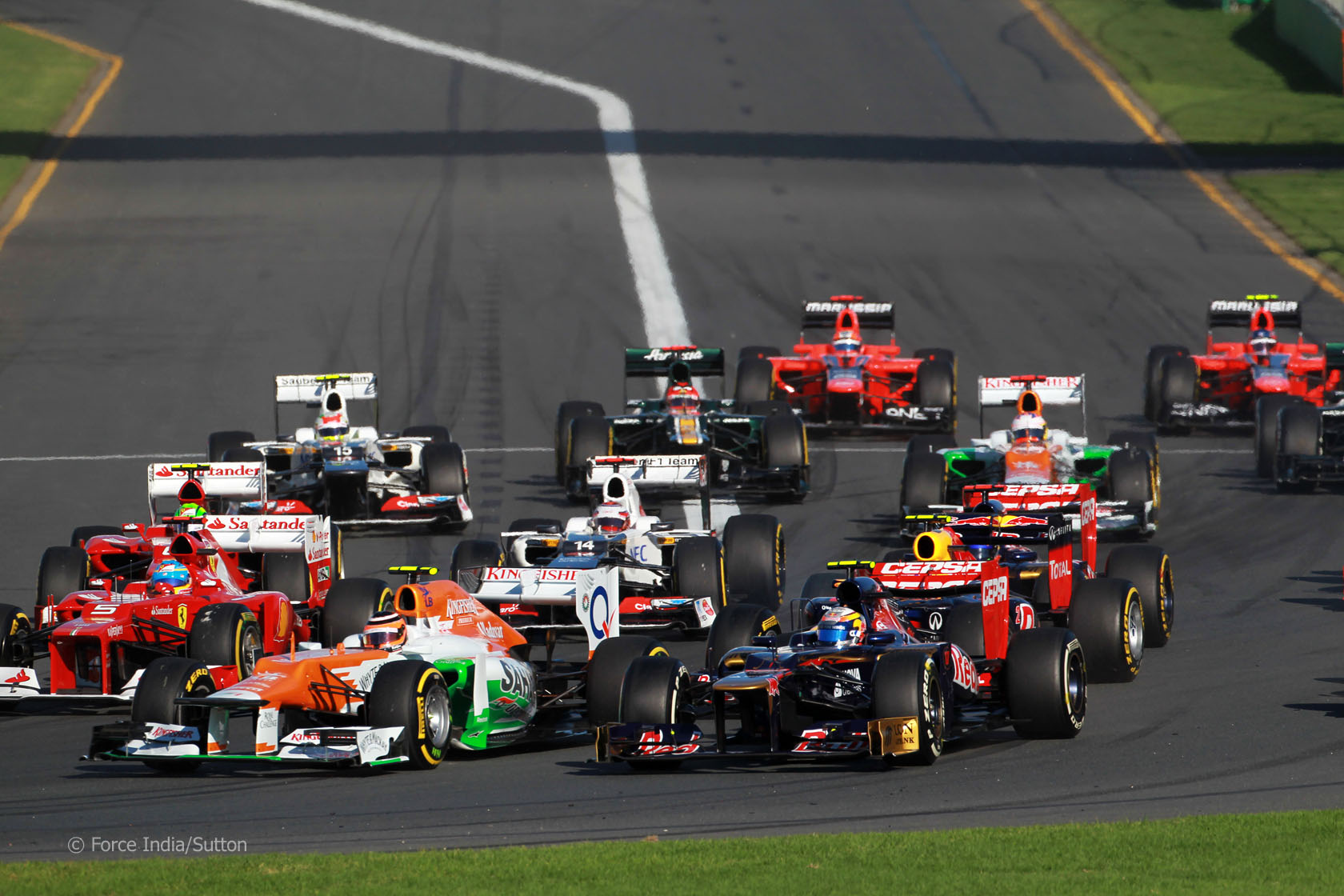 As was often the case last year, Mark Webber made a poor start, losing four places. It could have been even worse as he made contact with two other cars, fortunately not picking up serious damage.

The Ferrari drivers started 12th and 16th but by the end of the first lap they were sixth and ninth.

The were aided by several drivers in front of them hitting trouble. Romain Grosjean and Nico Hulkenberg were out within the first two laps, and Daniel Ricciardo and Bruno Senna dropped back following contact at the first corner.

Kimi Raikkonen gained ten places during the race – three in the final lap – to finish seventh.

Only half of the top ten finishers started the last lap in the position they finished.

Pastor Maldonado put his Williams in the barriers while running sixth. Behind him Sergio Perez and Nico Rosberg made contact, and Raikkonen moved in to take advantage.

This graph shows the position of each driver on every lap of the race. Show and hide drivers using the controls below.

This graph shows how far each driver was behind the leader on every lap of the race, in seconds. Show and hide drivers using the controls below.