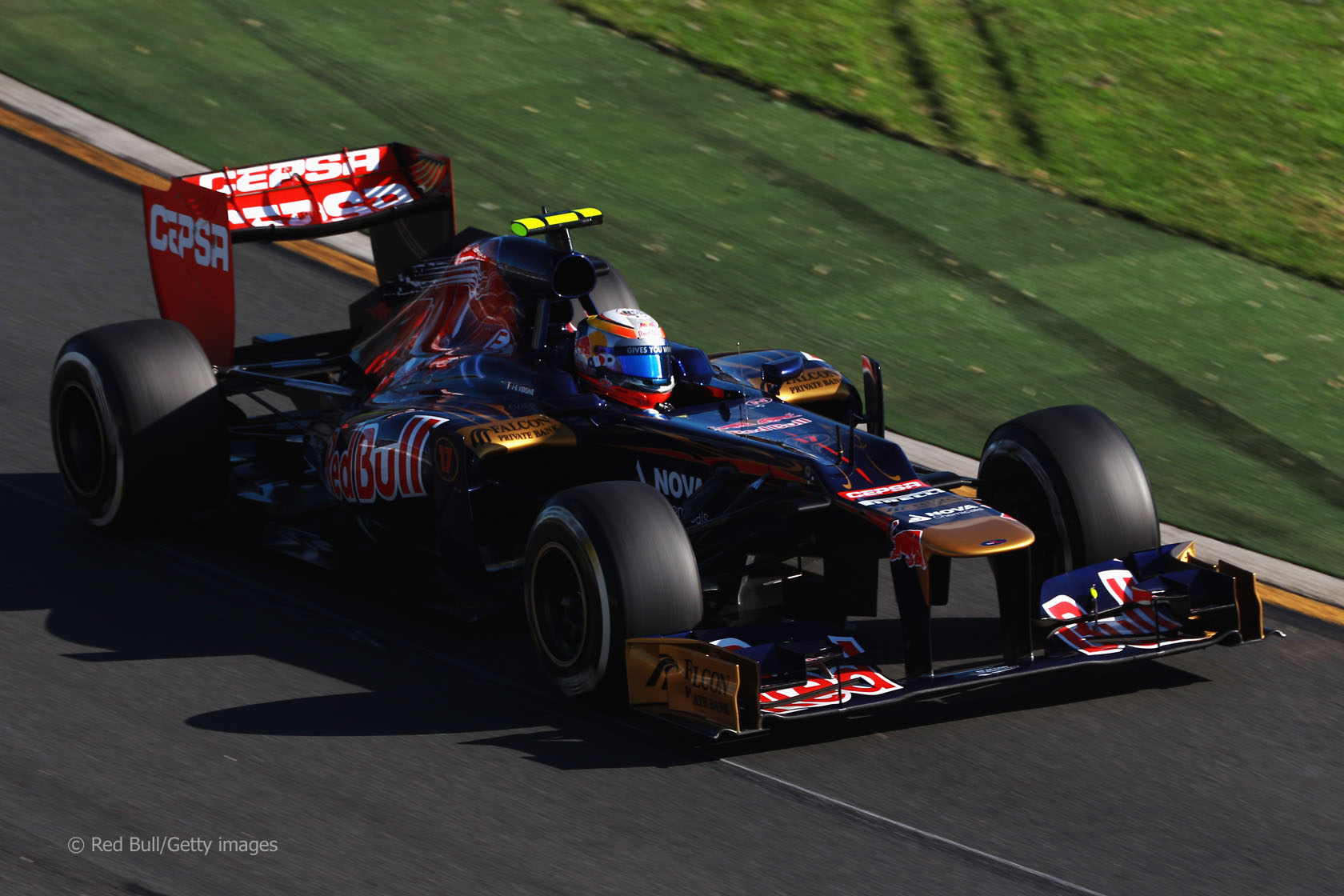 He set his fastest time two laps before the end of the race – while the three cars behind him did son on the following lap.

Newcomer Jean-Eric Vergne set the sixth-quickest lap of the race. The Ferrari-engined Toro Rosso lapped faster than Fernando Alonso in the F2012.

Having shone in qualifying, Mercedes’ race pace was not as good. Nico Rosberg was only 14th-fastest.

Kimi Raikkonen spent much of the race in traffic and only had the 11th-quickest lap in what was the second-fastest car in qualifying.

This chart shows each driver’s lap times (in seconds) throughout the race. Show/hide different drivers using the controls below.