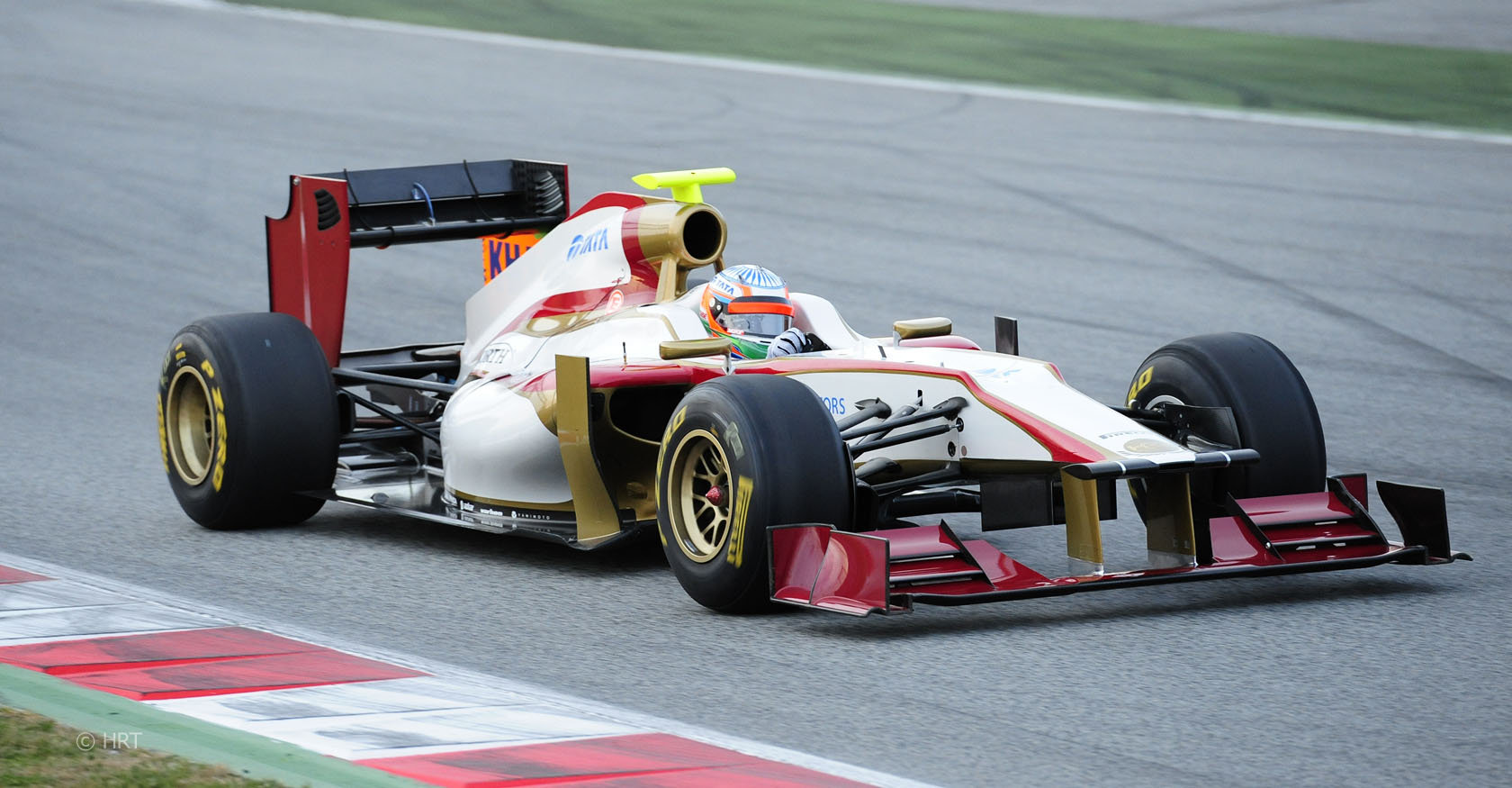 HRT’s new car has run before the first race weekend of the new season, which is already an improvement on their previous two campaigns.

But the 11th place in the championship they’ve occupied since entering the sport is likely to be the limit of their ambitions in 2012.

Narain Karthikeyan will become the first person to drive for HRT in more than one season when he takes to the track in Melbourne.

It’s an unusual state of affairs given that he started the season with the team last year but was dropped halfway through. He did, of course, make a sponsor-friendly one-off return for his home race in India.

The Tata Motors logos on the side of the F112 explain Karthikeyan’s continues presence at the team. But it would be unfair to write him off as a complete no-hoper. Up against de la Rosa, who wears the ‘competent journeyman’ label, Karthikeyan has the potential to exceed expectations this year.

It’s 13 years since Pedro de la Rosa made his F1 debut at Melbourne with Arrows. He’s been in and out of the sport this year and his move to HRT could be considered his third comeback.

He brings a wealth of experience, including several years at McLaren, which will be a boon to this tiny team trying to compete on a shoestring budget.

The F112 appears to be very heavily based on HRT’s previous cars, which have their roots in the chassis Dallara designed for them in 2009. Its front wing in particular looks extremely basic by modern F1 standards.

Their partnership with Williams continues for a second season and that should help provide some of the reliability they need in order to be able to capitalise on any problems suffered by the front runners.

There are even plans to run a Kinetic Energy Recovery System this year which could give them a useful advantage in their battle at the back with Marussia.

But even so their best chance of improving on their highest race finish of 13th place is most likely to be some kind of first-lap shunt involving half the field.

What do you expect from HRT in 2012? Have your say in the comments.

18 comments on “Another season at the back looms for HRT”