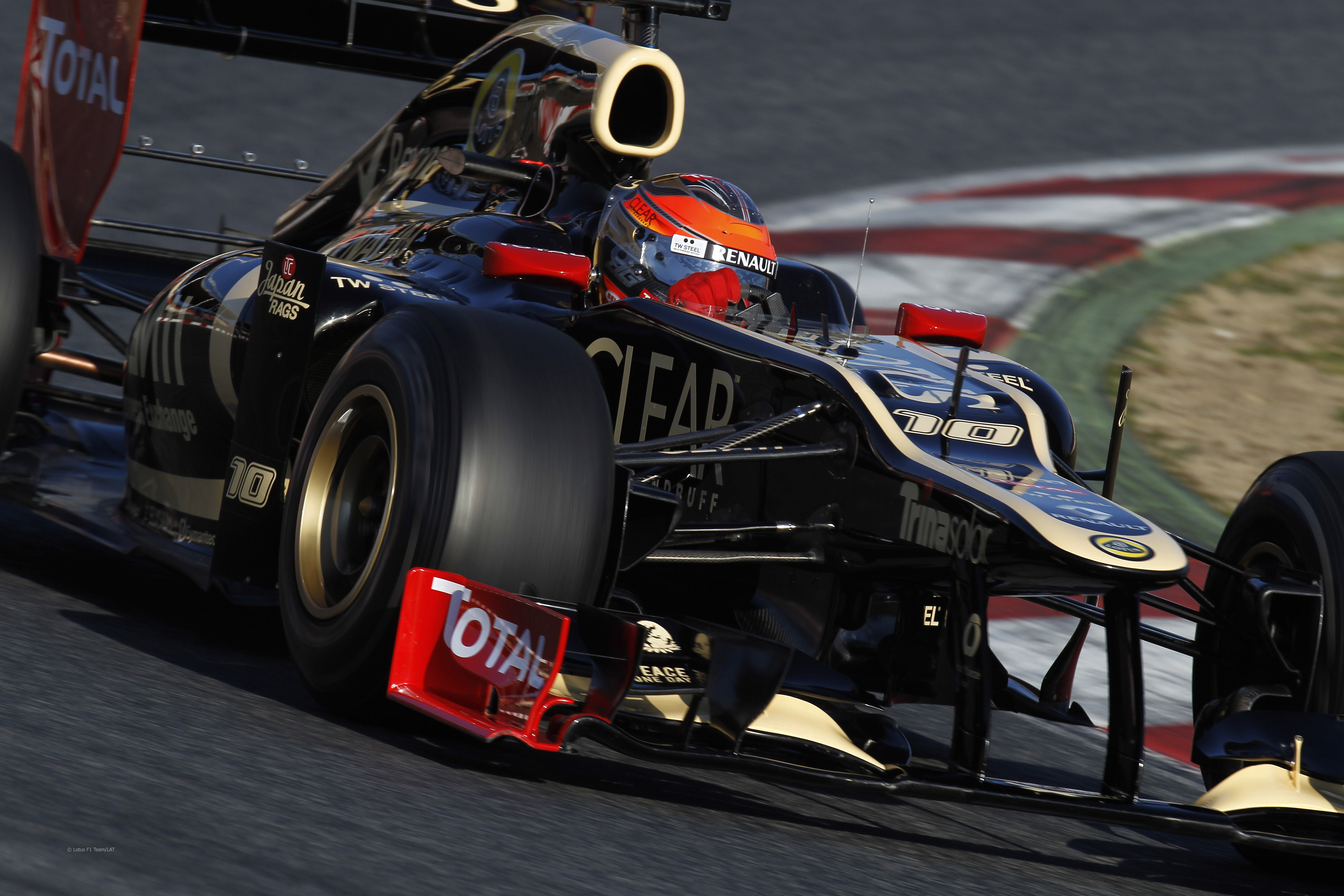 Lotus have announced they will take no further part in this week’s four-day test at the Circuit de Catalunya.

The team curtailed its testing today after discovering a problem with its second E20 chassis.

Romain Grosjean completed just seven laps before pulling into the pits. He later said the car “wasn?óÔéĽÔäót responding as it should”.

Despite having completed 404 laps – more than any other team – at Jerez two weeks ago with its original chassis, Lotus say the problem discovered today will require changes to both E20s.

Grosjean was due to test tomorrow with Kimi Raikkonen taking over from him in the final two days.

Technical director James Allison said: “Before we were due to fly chassis E20-01 out to Barcelona in replacement of chassis E20-02 – damaged this morning – we ran a series of simulations at the factory based on the data provided by our brief running on track today.

“As a result, we were able to identify an area which requires some additional work. It will be more productive for us to carry out these modifications to both chassis at Enstone rather than send E20-01 out to this week?óÔéĽÔäós test. We?óÔéĽÔäóll put the right measures in place and we will be able to fix the problem before next week.”

Team principal Eric Boullier added: “Not running this week has been a tough decision to take, but we feel that our choice is the right one.

“On the positive side, we have quickly identified the issue with the chassis and our design office has already devised a solution. We will be present at next week?óÔéĽÔäós test in Barcelona. We draw faith from the fact that the E20 was quick out of the box in Jerez and showed its reliability there. We have a lot of work ahead of us over the next week but everyone at Enstone is ready for this challenge.”

The loss of almost four days of testing could be a major blow for the team. After the current test there are only four further days of running scheduled before the season begins.

67 comments on “Lotus withdraw from Barcelona test after chassis problems”