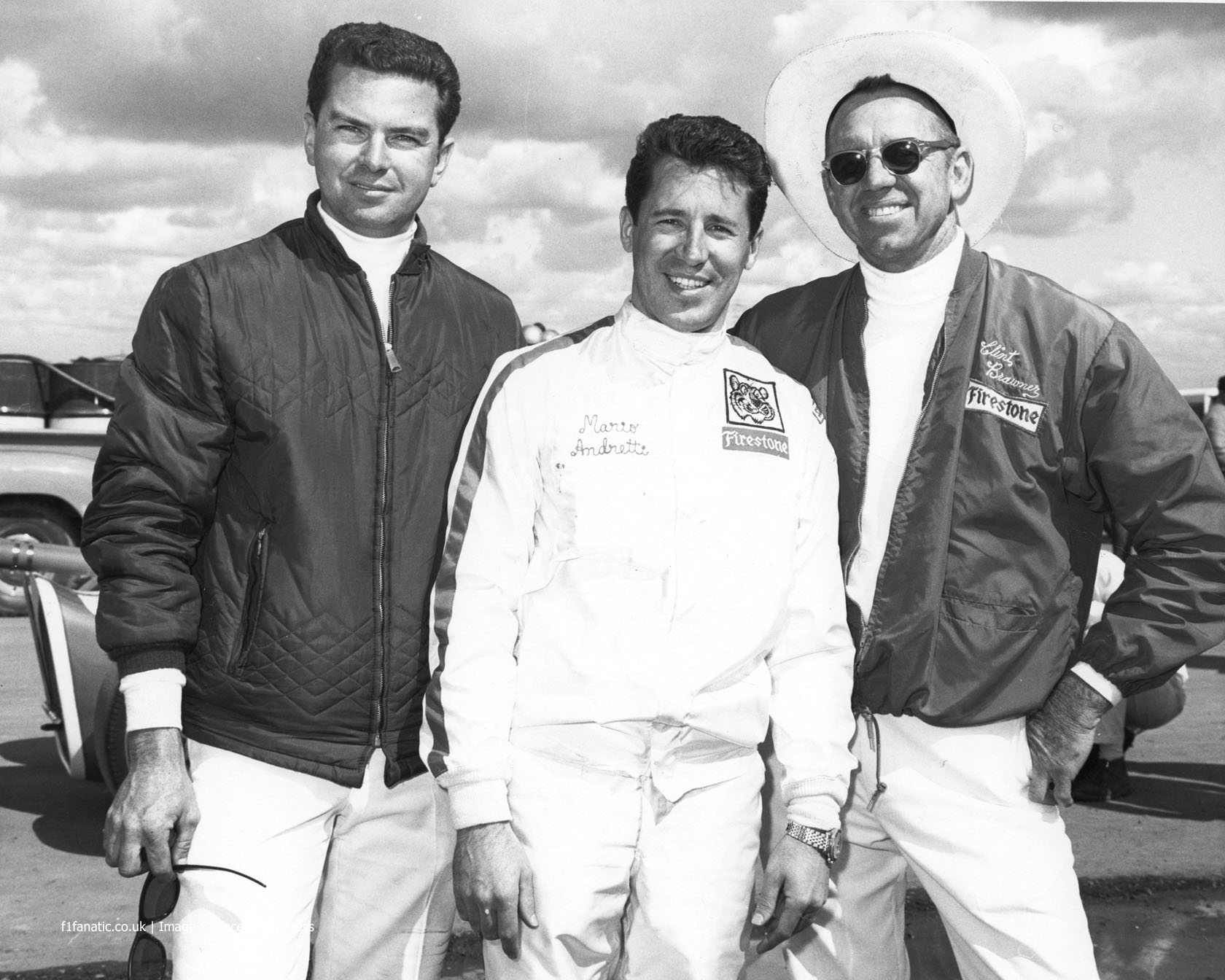 F1 has always struggled to catch on in America, despite the popularity of home-grown motor sports such as Indy Car racing and NASCAR.

There were no American drivers in F1 at all from 1994 to 2005. But the country has given F1 two champions and a host of Grand Prix winners. Here’s ten of the most memorable.

Surely the greatest American racing driver although, of course, he was a Cold War Italian immigrant. Took pole for the first race he started and, after dabbling with the sport while mainly racing in America, hooked up with Lotus’s Colin Chapman.

Mario Andretti helped Chapman get the team back together and refined the devastating Lotus 79 which he won the 1978 title with. But team mate Ronnie Peterson died at the race where Andretti became champion.

Lotus struggled in ’80 and Andretti moved the Alfa Romeo, who were hopeless. He made a few appearances for Williams and Ferrari in ’82, before quitting his F1 career years too early.

His son Michael made an infamously fraught F1 attempt in 1993, which was cut short, but grandson Marco is showing great promise.

A forgotten man of the eighties who too often had lacklustre machinery at his disposal. He got his hands on a Renault in 1983, but Alain Prost comfortably beat him with it.

Cheever often shone at home though, finishing second at Detroit in 1982 and third at Pheonix in 1989. That was his final season in the sport, however.

Last year Scott Speed became the first American in F1 since Michael Andretti in 1993. The results haven’t come his way yet but don’t underestimate his toughness – he battled ulcerative colitis in his younger years but kept his racing career together.

Plus, he’s got a great name.

A star in the States, Mark Donohue finished third on his F1 debut in Mosport, Canada, in 1971. Four years later he attempted his first full F1 season with Penske and showed signs of great promise, running fifth at Anderstorp in Sweden.

But tragedy struck at the Austrian Grand Prix. Donohue crashed heavily in practice and, although he seemed fine in the aftermath, he fell unconscious and died of a brain haemorrhage on the way to hospital.

A curious statistical footnote for F1 fans. Bill Vukovich was never a full-time F1 driver, but five of his Indianapolis 500 starts in the ’50s counted towards the championship.

Richie Ginther’s fourth Grand Prix came at Monaco in 1961 where he chased Stirling Moss hard for second place. He left Ferrari at the end of the season and spent three years with BRM, finishing equal second with team mate Graham Hill behind the dominant Jim Clark.

He is best known for his single F1 win, which was Honda’s first Grand Prix victory, at Mexico in 1965. Ginther abruptly quit motor racing while practising for the 1967 Indianapolis 500, and died in 1989 of a heart attack.

George Follmer was 39 when he made his Grand Prix debut with Shadow in 1973. The car was frequently off the pace, and Follmer never built on the promise of his fine third place at Montjuich Park in his second Grand Prix.

He continued to race in Can-Am and Trans-Am, but his career was badly disrupted by a serious crash at Laguna Seca in 1978.

Often regarded as one of the best drivers never to win the championship, Dan Gurney blessed F1 with the gorgeous Eagle-Weslake V12 car in 1967.

His F1 career spanned 12 seasons in which he won four times and scored 133 points – more than any American in F1 bar Andretti – but usually frustrated by unreliability. He best championship placing was fourth in 1961 and 1965, and perhaps his best years were lost to the Eagle project.

He was an heir to the Revlon cosmetics fortune, but Peter Revson had to make his way into motor racing without the support of his family.

Nonetheless, after an abortive start in 1964 and a one-off appearance for Tyrrell seven years later, he entered F1 with McLaren in 1972 and scored four podium finishes. The following year he won twice at Silverstone and Mosport.

Squeezed out of McLaren by the arrival of Emerson Fittipaldi, Revson turned to Shadow in 1974. In practice for his third race with the team at Kyalami he crashed heavily and was killed.

America’s ‘other’ champion. Phil Hill won the 1961 title in dire circumstances – he took the title from Ferrari team mate Wolfgang von Trips who was killed at Monza along with 14 spectators.

Hill won three Grands Prix during his career and battled internal politics at Ferrari – eventually leaving with a crowd of mechanics to form ATS. But his F1 career petered out over the following seasons.

11 comments on “Ten of the best… American F1 drivers”