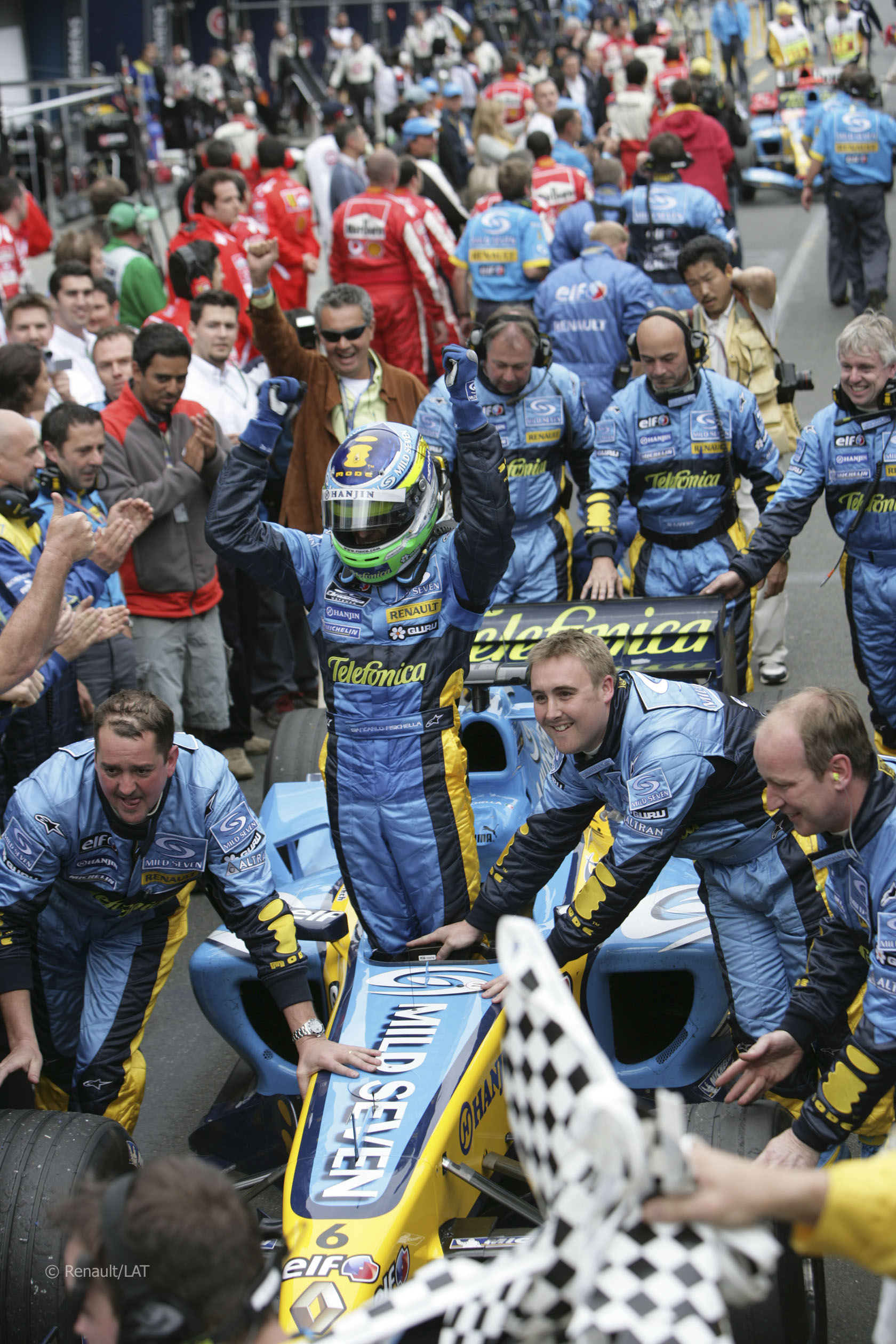 There’s nothing like the first race of a new season, is there? Ten pairs of freshly liveried cars, all the brand new machines poised for the first battle of the year. Or, if you’re Minardi, last year’s car with some Lego pieces stuck to it.

As the minutes tick down to the start there’s more than enough anticipation to make an F1 Fanatic’s heart race. Which is why, at 2.20am on Sunday morning, I was rather disappointed to suddenly find myself watching cricket.

Apparently ITV were under the misconception that, after however many weeks and months since the last race, several hundred thousand F1 fans had gotten up in the middle of the night because they wanted to see highlights from Shane Warne’s career. Er, no.

It is probably the F1 Fanatic’s greatest gripe. We are Formula One fans. It does not mean we care about famous cricketers or who Jim Rosenthal thinks is going to win the Champion’s League. ITV executives, take note: if it doesn’t have four wheels and isn’t horrifically noisy, we don’t care about it. F1, you see, is not cricket.

Just ask Paul Stoddart. I’m rather in two minds about his kamikaze attempt to get two 2004-spec Minardis into a round of the 2005 championship by forcing an injuction against the stewards who had refused him entry.

Clearly, the late implementation of a series of unpopular and possibly flawed rule changes have caused Stoddart massive problems. And he did indicate some time ago that he intended to bring 2004 spec Minardis to the first few races.

But this defence falls apart when faced by the blunt fact that he did have the means to meet the new regulations all along. If he wanted to have been taken seriously and stand a chance of doing any damage to Max Mosley (whose unilateral imposition of the rules arguably created the problem) he needed to force the stewards into backing down, or throwing him out.

Stoddart splits opinions in this way. Part of his current budgetary crisis is due in no small part to the loss of 2004 sponsor Wilux. Wilux quit Minardi after Stoddart ran the cars at the 2004 British Grand Prix without their Wilux logos without informing them. Instead he wished to pay respect to their recently deceased sporting director John Walton by running with his just name on the cars. Not an unreasonable gesture, but one lacking the cut-throat business acumen of a Jean Todt or Ron Dennis.

The Daily Telegraph’s sports columnist probed the lack of sympathy among Aussies for their countryman Stoddart, and found one who told him that Stoddart, “doesn’t have enough Australian sponsors on his car.” Well, mate, do you really think he’d turn them down if he had the chance?

By the time they fired the cars up to race it must have been as much to drown out the talking as to see if the new rules package might actually make a difference. It certainly did, but we shall have to wait and see a few more races to tell if it has truly benefited the racing.